Inflation rages, a government imposes heavy charges on homeowners for ideological reasons, disputes rumble on with Europe, a war is in the offing and the prime minister is tottering. Sounds familiar. Actually, this all happened in 1990. Back then it was the Poll Tax which was seen as ideology gone mad; this time the panoply of green levies are raising fury. Interest had to be hiked and the economy nosed down.

It all sounds grim but how did it turn out for investors? Not so badly. The graph below the UK mid-caps of today (with income reinvested) versus how it fared from January 1988 to December 2003. The years within the European Exchange Rate Mechanism (ERM) were purgatory but the general direction for investors was surprisingly solid. Freeing sterling from the ERM then allowed shares to gallop ahead. Maybe a true Brexit bonfire of red tape can produce something similar. The point is that recession, surging inflation and turmoil in parliament left investors surprisingly unscathed and was a prelude to better times. 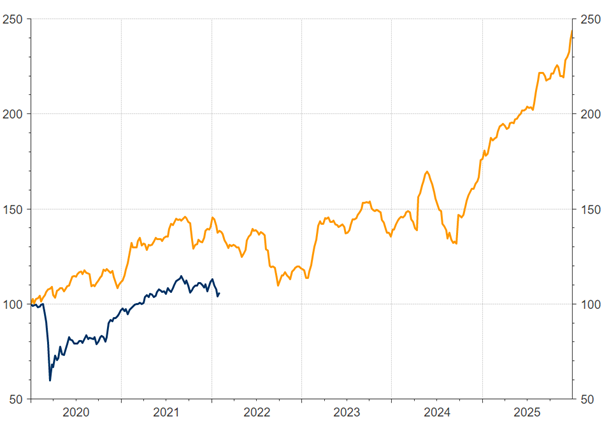 Admittedly, history rhymes but it never repeats exactly. The chart below tracks the forward Price Earnings ratio (PE) multiples of the overall UK market now and 32 years earlier. The really big gains seen from 1991 were helped by rising PE multiples. During the ERM straightjacket investors were subdued but they survived. Today we start on a higher forward multiple but just by staying put for a year we will be on terms with those John Major years. 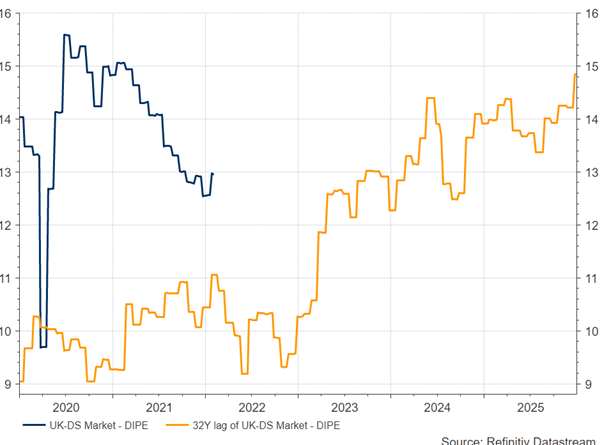 Meantime we continue to sift through companies as we always have. For the Growth Fund, valuations are starting to come our way. We can also sigh with relief that we were very selective in the Initial Public Offerings (IPO’s) that we supported over the last two years. Always with a mind to safety, we buy companies with strong growth prospects but only when these are combined with sensible pricing metrics, decent margins and a robust financial position. During last summer’s fundraising frenzy investors seemed ready to support virtually anything. Those day are over and companies in need of support now risk being sucked down the equity vortex.

As all those mugs and posters say, ‘Keep calm and carry on.’

Important: Slater Investments Limited does not offer investment advice or make any recommendations regarding the suitability of its products. No information contained within this article should be construed as advice. Should you feel you need advice, please contact a financial adviser. Past performance is not necessarily a guide to future performance. The value of investments and the income from them may fall as well as rise and be affected by changes in exchange rates, and you may not get back the amount of your original investment.